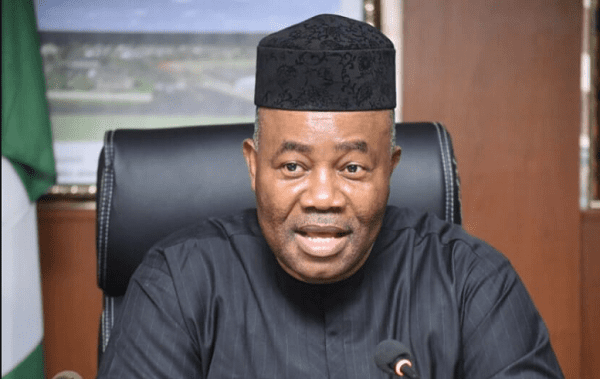 The former Senate Minority Leader and the immediate past Honorable Minister, Niger Delta Affairs Ministry, Senator Godswill Akpabio CON, has congratulated the  Government and the good people of Akwa Ibom State on the 35th year celebration of the creation of the state by the administration of our former Head of State, General Ibrahim Babangida GCFR, noting “from the year our dear state was created 35 years ago, successive governments, which I had the privilege to head one, had put in their best to make the state what it is today”.

According to Akpabio who is now the All Progressives Congress (APC) candidate for Akwa Ibom North West Senatorial District,  “Much progress has been made in the area of education, health, social and  economic development, and as far as I know, the best is yet to come for  our beloved state and our dear country.”

A statement signed by his Chief Press Secretary, Mr. Jackson Udom, quoted the former Senate Minority Leader as saying, “Thirty-five years ago, we commenced the journey for a collective identity, which was intended to put our destinies in our hands through our leaders, in order to give our children, the youth, the women and unborn generations, a sense of ownership and pride in the affairs of the state.”

“My tenure, (2007-2015) as the governor, undoubtedly witnessed the era of Uncommon Transformation, when development in all facets of our lives was unleashed on the state, and our people were not just better for it but also gained National and International recognition.

“Let me, therefore, congratulate the Governor, Members of the State Executive Council, Lawmakers, Royal Fathers, Stakeholders, and Citizens of our dear state on this 35th Anniversary of our statehood.”

The former Presidential Aspirant also prayed for peace, unity, and development of the state, saying” let us as a people continue to embrace the slogan of Forward Ever, Backward Never in the development strides of our dear state.”