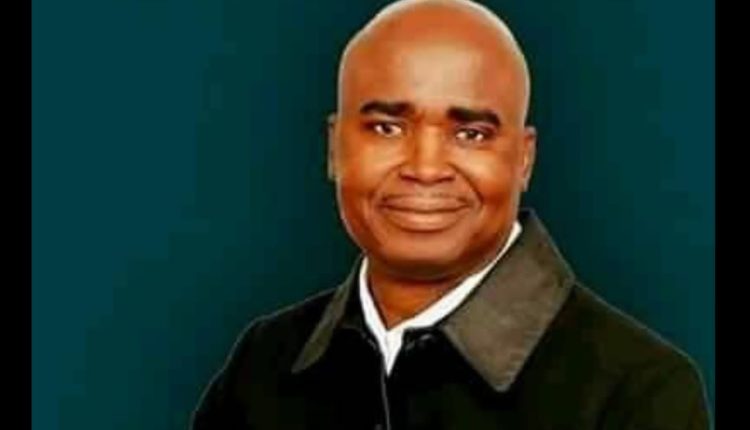 By; Jerome-Mario Chijioke UtomiIn recent times, the debate on the interrelatedness of equity, justice; peace and development is among the most presently discussed topics on the surface of the earth. The reason for this unending debate stems from the time-honored belief that without equity and justice, there will be no peace. And without peace, no society, group or nation should contemplate development. Accordingly, for any programme/action to be typified as development-based/focused, development practitioners believe that such programme progress should entail an all-encompassing improvement, a process that builds on itself and involves both individuals and social change.

It requires growth and structural change, with some measures of distributive equity, modernization in social and cultural attitudes, a degree of political transformation and stability, an improvement in health and education so that population growth stabilizes, and an increase in urban living and employment. As background to this piece, it is public knowledge that throughout the early decades, the world paid little attention to what constitutes sustainable development. Such conversation, however, gained global prominence via the United Nations introduction, adoption and pursuit of the Millennium Development Goals, MDGs, which lasted between the year 2000 and 2015. And was among other intentions aimed at eradicating extreme poverty and hunger as well as achieve universal primary education, promote gender equality, reduce child mortality, improve maternal health among others.

Without going into specific concepts or approaches contained in the performance index of the programme, it is evident that the majority of the countries including Nigeria performed below average. And, It was this reality and other related concerns that conjoined to bring about 2030 sustainable agenda- a United Nation initiative and successor programme to the Millennium Development Goals (MDGs)- with a collection of 17 global goals formulated among other aims to promote and cater for people, peace, planet, and poverty.  And has at its centre; partnership and collaboration, ecosystem thinking, co-creation and alignment of various intervention efforts by the public and private sectors and civil society.

Certainly, Nigeria is plagued with development challenges such as widespread poverty, insecurity, corruption, gross injustice and ethnic politics-and in dire need of attention from interventionist organizations (private and civil society organization) as demanded by the agenda.

However, in view of this legion of challenges bedeviling the nation, the question may be asked: why is this piece fixated with discussing a topic ‘Ajaja; Good Governance and Development’? Why is it concerned with a personality, in the person of Smart Madu Ajaja, a Registered Nurse, entrepreneur, writer, public speaker, political commentator, Rasta, broadcaster, and a Human and Environmental rights Activist with deep interest in and passion for socioeconomic, civil, and criminal and environmental justice? Why is it coming at this critical time when Nigeria as a country is going through the pangs of insecurity in addition to the aforementioned developmental challenges in the country? And in the period when the nation recently slipped into its worst economic decline in almost four decades? Why is it not centered on calling interventionists and development focused organizations to rescue Nigeria?

Essentially, aside from running an organization code named ‘open Nigeria’ a group strictly about Nigeria, not about north or south or about Christians and Muslims, and focuses on equity, justice, peace and development, one possible answer to the above questions is that this piece has realised that the man Smart going by information at the public domain represent different things to different people.

To some, fearless, hyper-patriotic, courageous, passionate and uncompromising no-nonsense personality and social crusader whose strong voice has continually echoed and re-echoed over the years in matters of socioeconomic justice, good political representation, accountable leadership and politics generally in Nigeria and beyond. To others, he embodies (and rightly so) the quintessential gentleman:  humble, respectful, sympathetic, empathetic, generous and above all, a man with love for all mankind regardless of tribe or creed, a man who also has the fear of God eternally engraved in a large warm heart.

Smart Madu Ajaja is indeed all of the above and more and even to any casual watcher or associate, the things that definitely and usually stands out about him is his seemingly divine inclination and passion for selfless service, compassion for humanity, and peace through justice. This iconic Abavo-Delta state born US-based Nigerian Human and Environmental Rights Activist has demonstrated these strong characters all his life. He is a good governance and development advocate.

An accomplished professional nurse, Smart Ajaja now an Independent Case Management Consultant with a variety of Healthcare Providers in Texas has vast experience in General, Orthopedic, Industrial, Correctional, Oncology, Pediatric and Geriatric Nursing with licensure in three countries and has worked in elite Hospitals such as the Houston Texas-based MD Anderson Cancer Hospital, and Corporate Healthcare institutions in countries including, Nigeria, South Africa and the United States.

As an inventor, Smart Madu Ajaja designed and deployed an unpatented dynamic Immobilizer for the management of Volkmann’s Ischemic Contracture, an orthopedic condition that arises from complicated cases of fractured dislocation of the elbow resulting in reduced blood supply to the muscles needed for flexion and extension of the elbow joint as the head of the Orthopedic unit at the Bethal Hospital, Bethal in Mpumalanga Province of South Africa

As an entrepreneur, he is the founder and managing Director of Allied Vision Group LLC, a company with specialty in textbooks procurement, sales, and distribution within the United States and around the world.

As a writer endowed with analytical thinking and creative writing, Smart Madu Ajaja has authored tons of breath-taking essays and articles on local, state and national issues bordering on leadership, corruption and socioeconomic injustice on Nigeria’s mainstream media and on the social media, especially Facebook, bringing to the attention of his global audience credible information on the challenges of corruption in Nigeria and how it has negatively impacted the people’s lives and their mindsets and also proffering solutions on the ways out of it and how to create access to opportunities for all so there will no longer be the need for the people to be struggling in the midst of Nigeria’s plenty.

As a philanthropist Smart Madu Ajaja co-founded the Austin And Grace Foundation as a platform to provide assistance through scholarships to indigent students of all socio-economic stratifications in Nigeria in his effort to inspire the energy to defeat ignorance through literacy of which many unannounced Nigerians have benefited to date.

As a broadcaster, Smart Madu Ajaja anchors two radio shows including “Nigeria Now” and “Nurses Arise” on Nightingale Radio Worldwide broadcasting Live @8pm and 7am respectively on Saturdays and Mondays.

He is also a founding member and leader at Anioma Voice Worldwide Foundation (inc), a nonpartisan Delta North Socio-cultural organization where he also has been deploying his resources and funds in concert with others for the group’s charitable and empowerment efforts for all Anioma people.

Smart Ajaja a rare gem,  is a blend of charisma, doggedness, courage, honesty, kindness, compassion, transparency, accountability, simplicity, humility,  sensitivity, sensibility, responsibility and incredible intelligence that we cannot afford to ignore without tapping into the eminent qualities he possesses especially at this difficult time of our nation’s history.

His quest for selfless service to Nigeria inspired him to a novel and stellar issue-driven senatorial race in the 2019 election to represent Delta North senatorial District at the Senate of the Federal Republic of Nigeria on the platform of the African Action Congress, AAC, now and the fastest growing political party in Nigeria.

Smart Madu Ajaja, ever-restless and not satisfied with the way Nigeria and Nigerians are locked down with no access to opportunities, he invented a novel common sense all-encompassing politico-philosophical ideology that he code-named “Open Nigeria”, which he believes would unlock the potentials of Nigeria for all Nigerians and put the country on the path to genuine nationhood and greatness.

Utomi Jerome-Mario is the Programme Coordinator (Media and Policy), Social and Economic Justice Advocacy (SEJA), Lagos. He could be reached via;jeromeutomi@yahoo.com/08032725374.

The good, the bad, the ugly of Oyebanji’s 100 days in office

Religious and Tribal Tolerance: Panacea to peaceful co-existence in Nigeria -The Rev.…