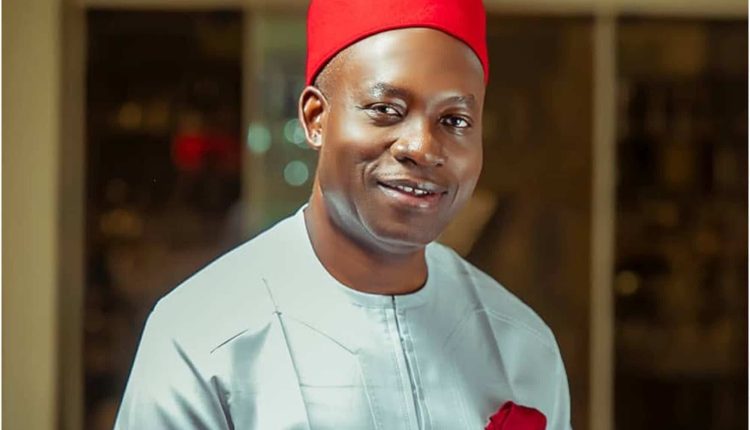 The mere fact that almost all the former governorship candidates in the just concluded Anambra State governorship election have congratulated the winner of the election; Professor Charles Chukwuma Soludo is enough indications that for Ndi Anambra, the era of politics, campaign and election are over thus begins the most important tranche of the activities of the state which is governance.

We are glad to observe the eloquent declaration of Professor Solude when upon the receipt of his certificate of return as Anambra State governor elect said that the first 100 days of his tenure as the governor of Anambra will be monumental in terms of policy directives, achievements and commitments to the implementation of his manifesto.

There is no gainsaying that Soludo must hit the ground running ahead of his eventual swearing in come February 2022 considering the observed gaps amidst uncommon but unique challenges which could be taken as been peculiar to Anambra top of which is the urgent need to forge stronger cohesion among the numerous contending forces and interest groups in the state many of which have for a long time constituted stumbling blocks in the drive for a stronger Anambra  where the human and material resources of the people will not only be deployed but be seen to have been deployed in the interest of the larger majority, a mission which a former governor of the state Mr. Peter Obi struggled hard to make manifest.

The time to start erecting those building blocks is now considering that Solude appears to have been spared of the distractions of litigations and counter claims usually associated with outcome of election results in Nigeria as we urge him to immediately shift the gear to the speed drive by doing the unusual in the selection of his cabinet to the extent that party considerations will not be the controlling variable in deciding who gets what in the incoming administration but to ensure that he chooses from among the best human resources which  Ndi Anambra have in abundance thus ensuring that the bus leaves the departure lounge with its full complement of Exco members at the blast of the whistle. Soludo should avoid replication of the structure where elected governors have been observed to run their states as sole administrators for months without unveiling the full complements of their executive council. Edo State is not a good example to site here.

Much as we try not to put the outgoing governor of the state Chief Willy Obiano on trial, we make haste to declare that the Soludo administration have a huge challenge when it comes to bridging the infrastructure gap in Anambra considering that most roads in the state are desirous of immediate repairs not minding whether those roads belong to the state or federal government. The state and its people must be rescued from the debilitating effects of bad and poor road network which Anambra have come to represent. People of Anambra are known to be as independent as they are industrious hence their desire for the provision of basic infrastructure as to enable them ply their trades. Good roads are among the least that any people-oriented government in Anambra State should provide for the people. Soludo administration is coming in as a people-oriented government going by the over whelming votes which the people displayed on APGA.

When APGA, on July 26 in a primary election held at the Prof Dora Akunyili Women’s Development Centre elected Professor Chukwuma Charles Soludo its flag bearer for the November 6, 2021 Anambra State Governorship election, it was instructive then that the party in particular and indigenes of the State in general perceived Soludo, a former governor of Central Bank of Nigeria (CBN) as the best among equals given his retinue of qualifications. Soludo should therefore make haste upon assumption of office to ensure that the state  is rescued from the clutches of agents of destabilization who are bent of  on transforming the state into becoming an ungoverned space. This is not the hallmark of Ndi Anambra and the governor elect should upon assumption of therefore, strive towards restoring the peace and security of the state. Anambra does not deserve to be used as a classical example of a state bedeviled with insecurity to the extent that investors and tourists dread the state.

Solude should not lose sight of the enviable heights which Anambra State have recorded and maintained in the area of education; no thanks to the dispositions of the Peter Obi era. Improvement in this area is the least that the incoming administration would do.

We are aware that part of the considerations for the choice of Soludo as Anambra governorship elect   included but not limited to his educational qualification but mainly his international connections, exposure and ability to turn an ailing economy into a brand for international acceptance and recognition hence the urgent need for his administration to focus more on developing the economic fabric of the state where for Anambra’s Internally Generated Revenue (IGR) will grow as to complement the state’s earning as an oil producing state.

Soludo is a professor of economics, a fit which he achieved in his early 30’s. He holds a Bsc (First Class honors), Msc,PhD economics from University of Nigeria, Nsukka. He attended other courses at University of Oxford, Cambridge, Warwick among others..He is Fellow of many professional bodies including the Chattered Institute of Bankers, Nigeria Economic Society, including Fellow of Wolfson College, University of Cambridge, Uk . Soludo who holds the title Odenigbo Aguata and Odenjinji Aguleri  was Economic Adviser to former President Olusegun Obasanjo. He was CEO/ Deputy Chairman  National Planning Commission of Nigeria, a position which enabled him to initiate the National Economic Empowerment Strategy (NEEDS). He one the officer who transformed the Federal Office of Statistics to the present National Bureau of Statistics. He envisioned the transnational Corporation of Nigeria (Transcorp). And today,  Soludo is among the eight-member Economi Advisory Council /Economic Management Team of President Muhammadu Buhari. Solude shoud therefore be willing to allow all these to translate to a better Anambra which will be show cased as a model of a functional economy worthy of been replicated not only among other states of the federal but by the government at the center. Solude have the unenviable task of proving that his rating by the Financial Times of London as the Best Central Bank Governor in the world in 2006 based on his unprecedented transformation efforts was not a fluke.

There is every need for us to congratulate Ndi Anambra for putting their best leg forward in their election of Soludo as their next governor. Recall that at the heat of the global financial crisis in 2008, Soludo was appointed the African member in the 10- member technical committee set up by the United Nations to design the agenda for reforming the International Monetary and Financial System.  A member of the Chief Economic Advisory Council (CEAC) of the World Bank from 2005 to 2012, member of the international Advisory Group, UK-DFID; between 2005 and 2007; member International Advisory committee, IMF, Soludo who holds the national honour of Commander of the Federal Republic (CFR) is  a consultant to 20 international organizations  that include, the World Bank, IMF, OBCD,USAID,UK-DFID, African Development Bank(ADB), UNDP, UNCTAD,UN-BCA, IDRC Canada, African Union (AU), ECOWAS, CODESRIA, COMESA, Chemonics International, USA, the Brookings International, USA among others. It is therefore hoped that with Soludo as the governor of Anambra State, the economy of the state would grow, jobs would be created while International communities and organizations would be attracted to assist in the development of the state.

We appreciate your support for the Nigerian Economy, President Buhari assures Afreximbank