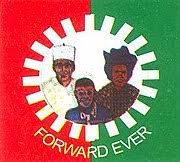 As the the commencement of political party campaigns draws nearer,it is doubtful whether campaigns in Enugu state could go on without violence.

Labour Party members have again been attacked and harassed during a party meeting in enugu State.

The latest attack was in Nomeh, Nkanu East local government area of the state, a development that has raised tension and fear ahead commencement of campaigns for the 2023 elections.
This is the second time the Labour Party meeting is being attacked in Enugu.

The message which is similar to that in the earlier attack had been dismissed by the Labour Party in the state, who have repeatedly accused the PDP of masterminding the attacks.
Political pundits have been asking the question of why should it be the Labour Pary alone that these gunmen has been attacking.
The viral video of the attack has an audio which commented that it was happening in Enugu West,and it was happening in Nome.
Nome is in Nkanu West LGA of Enugu East senatorial district and this raises the authenticity of the video.
Meanwhile,Labour Party as well as the Police are yet to confirm and comment on this officially.