AE-FUTHA CMD raises alarm over Job Racketeers, says some suspects  have defrauded others  to the tune of N18 million . 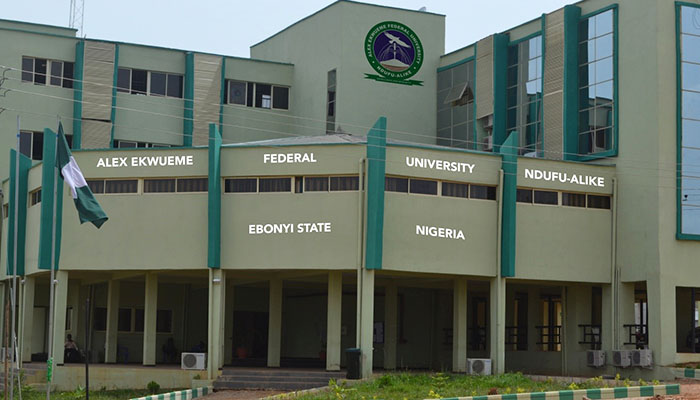 Dr Ogah made this condemnation on Wednesday when members of the Correspondents Chapel of the Nigerian Union of Journalists (NUJ) paid him a courtesy visit in his office.

He disclosed that the Hospital Management have arrested  and handed over to Police some suspects who defrauded others to the tune of N18 million emphasizing that some of the cases have been reported to the Department of State Security Services (DSS).

He expressed dismay that at every moment people will be spreading the rumor that the Management of the hospital was employing using it to defraud innocent citizens and advised the public to be wary of such fraudsters.

He emphasized that the last time the Hospital employed staffs was in September 2019 stressing that there was no recruitment at the moment in the hospital.

“AE-FUTHA is not doing any employment, we just advertised for Internship, House-Manship not  included because that one is being done centrally, if you look at our Advertizement you will see the category of people that are there , they will use it to defraud the public that we have advertised,

“This Internship we have advertised, when it is time they will come for interview, please if you know somebody discussing that they gave Mr A or Mr B money, let me know so that we will tackle the person”

“How can I go to Facebook to tell people to pay money, even if I need  money I cannot go to Facebook, we will have been making several Disclaimer on Media Houses , some being carried On-Line ”

The Chief Medical Director reiterated that what the Management of the hospital advertised was for Internship Applicants and not Job recruitment.

“The Hospital was not recruiting at the moment ,whenever we want to recruit ,the public will be duly informed and we will follow both the normal and Due Process and advertise the way Government says we should advertise .

Earlier in his speech , the Chairman of the Correspondents Chapel of NUJ Ebonyi State Comrade Sampson Nwafor commended the Management of the hospital for the worthy roles they have exhibited over the years in offering quality healthcare services to the people .

Comrade Nwafor assured the CMD of the preparedness of Journalists in the State to partner with the Management of the hospital towards the actualization of Health For All Policy of the Government.

Continue Reading
AE-FUTHA CMD raises alarm over Job Racketeerssays some suspects  have defrauded others  to the tune of N18 million .
0 243
Share FacebookTwitterWhatsAppPinterestEmailFacebook MessengerLinkedinTelegram

We can only achieve National Security through collaboration with relevant…

Obaseki assures support for tertiary institutions in Edo to…

We can only achieve National Security through collaboration…