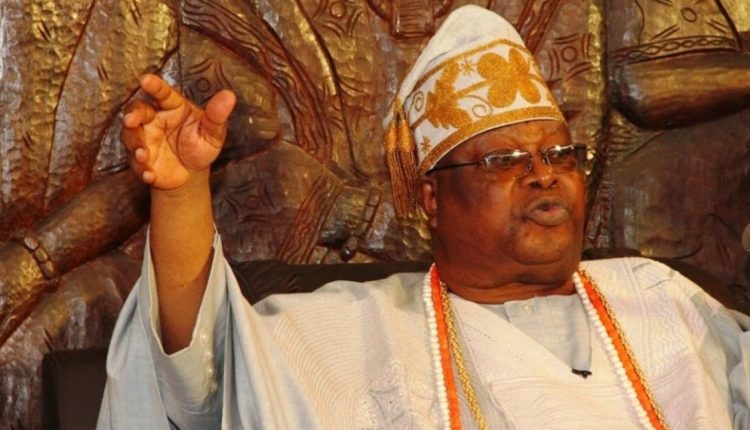 Ogun State Governor, Prince Dapo Abiodun, has described the Awujale of Ijebuland, Oba Kayode Adetona as a beacon of hope and a moral compass who is working towards the entrenchment of good governance in the society.

Abiodun stated this in an interview with newsmen after inspecting the Oba Sikiru Adetona Institute of Governance Studies Complex, Olabisi Onabanjo University, Ago-Iwoye, donated by the monarch.

He noted that the monarch is a man of high integrity and always working towards an egalitarian society, where good governance is firmly established.

“The Awujale is the longest serving traditional ruler in our state and the country. He is a very upright man who will tell you the truth the way it is. Kabiyesi has continued to be a beacon of hope and moral compass for us all and I have learnt a lot from him and I am indebted to him for what he stands for”, Abiodun said.

He further lauded Oba Adetona for establishing a professorial chair and setting up an Institute that would focus on good governance at the OOU, Ago Iwoye.

“I am amazed at what I have seen here. The buildings are world-class and I am not surprised, Awujale does not do things in small measures. This is beyond impressive. He has constructed the administrative block, lecture rooms and the conference block. He has donated this and ensure that it is equipped with experienced and dutiful professors.

“The institute will be providing Governance Studies in diploma, masters and PhD levels”. The governor stated.

Abiodun who likened the Awujale’s gesture to Public Private Partnership at work, posited that it was a good example of the son of the soil giving back to his community.

According to him, the donation has renewed his respect for the traditional ruler, who, despite the meagre resources at his disposal, contributed, gathered and encouraged people to raise funds for the project, adding that through the institute, the monarch’s good work would outlive him.

While calling on other sons and daughters of the state to take a cue from the gesture, Abiodun noted that “this gesture is commendable and I want to salute our Kabiyesi and thank him for being a father. I know that history will remember him for good”.