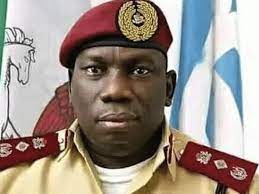 The FRSC Acting Corps Marshal, Dauda Biu said this during a press briefing on Monday in Abuja.

Biu said that a comparative analysis of RTCs between 2021 and 2022 revealed that from January to December 2021, the Corps recorded 10,304 crashes nationwide.

He said that 9,483 RTCs were recorded in same period in 2022, adding that there was eight per cent decrease in the road crashes.

“Out of the recorded crashes, the corps successfully brought down the rate of fatalities as we also recorded eight per cent in the number of people that were killed.

The FRSC boss said that during ongoing patrols nationwide there would be traffic counts to enable the corps have proper understanding of the inflow and outflow of traffic within specific routes and times during the yuletide.

“These would also facilitate better planning against similar operation in the future,” he said.

The News Agency of Nigeria (NAN) reports that 36,224 personnel and 1,226 patrol logistics have been deployed to ease vehicular movement during the Yuletide across the country.

Biu said that part of the Corps’ overall strategies for the year end, was the deployment of patrol teams on major corridors and traffic gridlock prone areas.

He said that the deployment was to ensure that FRSC personnel were seen within every 10 kilometers drive on both sides, in those areas for enhanced visibility.

“These areas include but not limited to the Lagos-Ibadan expressway, Abuja-Kaduna-Zaria-Kano route, Nyanya-Maraba-Jeffi-Akwanga routes as well as Lugbe-Giri-Gwagwalada-Abaji-Lokoja route.

“The corps is convinced that we can achieve even greater result by further bringing down the curve of crashes on our roads.

“This is possible and indeed realisable because the corps has confidence in the disposition, crop and quality of its personnel.

“These include the logistics that have been deployed to ensure the safety of travelers during the end of the year yuletide season,” he said. (NAN)