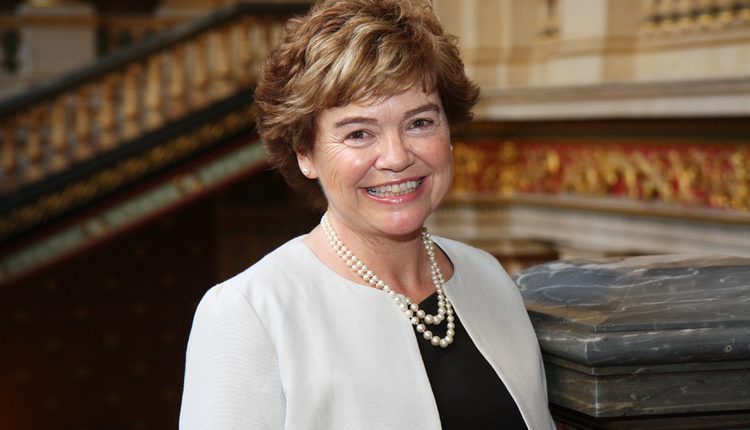 The United Kingdom has raised security concerns over Nigeria’s 2023 general elections and pleaded with stakeholders to ensure that adequate security measures were put in place to stem the tide.

The British High Commissioner in Nigeria, Mrs. Catriona Lang, observed on Wednesday when she led a delegation on a visit to the leadership of the Peoples Democratic Party (PDP).

Lang said the British government was worried over the growing election campaign violence in Nigeria, citing 52 cases in 23 states since the campaigns began in October.

She told the PDP leaders that the United Kingdom would beam the spotlight on the election because Nigeria is very important to Africa and other countries in the world.

Mrs. Lang said: “The few things that are on my mind; are just to make sure that the elections go very well. Number one is security and we are concerned about recent events.

“There have been 52 election violence-related issues in 22 states including an attack on the PDP convoy in Maiduguri. That is a real concern and we want to exchange our thoughts on what you can do as a political party to ensure that the elections are as peaceful as possible.

“This election is very important to Africa and parts of the world, so the spotlight will be on Nigeria and the UK will be watching closely.

“We engage in so many ways, we have spoken with INEC, and civil societies. We don’t support any political party. It is for the people of Nigeria to decide who will lead them at the federal and state levels. In that spirit, we are meeting all the main political parties”.

Stressing the need for adequate security for the polls, Lang said people would not come out on election day if they feel intimidated and that the election itself would not be credible.

She declared that anyone involved in electoral violence would face sanctions from the British government by way of a visa ban.

Lang said: “On the issue of electoral violence, you can make a statement about the last election, as well as we do have positive support.

“Since we do have sanctions in the form of our visa program, we will be watching closely any individual who acts violently or who incites people through social media. We do have the possibility of using our visa as a sanction by removing people’s rights to visit the UK.

“We will be watching closely. This applies to all the political parties; not just the parties, but security officials and anybody who might be in that position.

“The important thing is to get the votes out, whatever political party you are, the election will be credible if the votes are high. It was low the last time, around 35 percent.

“There is also the issue of registration of young voters, that is a real positive and we hope that they would turn out to vote on the day of the election because it will make the election much more credible”.

Responding, the PDP National Secretary, Senator Samuel Anyanwu, who stood in for the National Chairman, blamed the violence on the ruling All Progressives Congress (APC), saying that the PDP has been observing the rules.

According to him, PDP campaign rallies were being attacked in APC-controlled states, citing recent attacks in Kaduna and Borno where he said over 70 PDP supporters were injured.

Anyanwu said: “I think that is one of the issues that we are going to face in this election. You are aware that it was the same thing we faced in Kaduna. We were attacked openly. They don’t want to allow our party to the campaign. But at the end of the day, because Nigerians love our party, we were able to deliver the message to Nigerians.

“We have this issue in some of the states controlled by the APC where we put the billboards of our party and candidates, they go about destroying them.

“Some of the governors put big amounts to be paid before you can erect a billboard. That is a way to discourage our party, that is not democracy”.

Why I approved redesign of Naira notes locally – Buhari

Motorists groan over fuel scarcity as queues resurface in Lagos