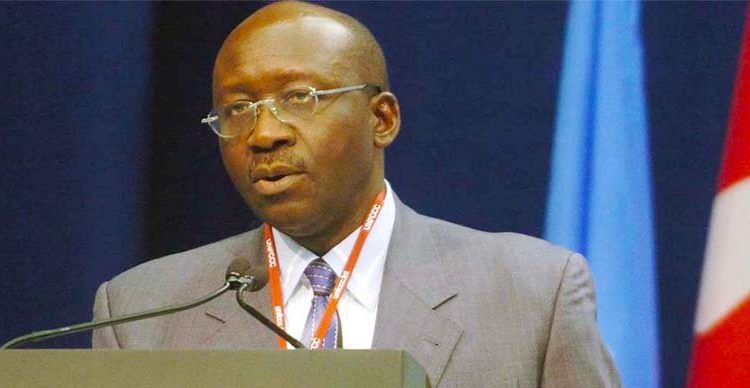 As the race for the presidential ticket of the party gathers pace, the Board of Trustees (BoT) and the National Chairman of the Peoples Democratic Party (PDP) have resolved not to show bias towards any of the aspirants.

The chairman of the board, Senator Walid Jibrin, while admonishing the  the newly-elected National Working Committee (NWC) led by the national chairman, Dr Iyorchia Ayu, at the national secretariat in Abuja on Thursday during its maiden meeting with the NWC expressed confidence in the Ayu leadership.
Sen. Jibrin advised him to use his wealth of experience as a foundation member of the main opposition party to ensure that the PDP remains the largest political party in Africa.

He also said Ayu must deemphasize the issue of godfatherism in the party and respect the dignity of individual members.

The BoT chairman stated: “May I urge the national chairman, therefore, to use his wealth of experience to make the party great as it remains the largest party in Africa.

“You must try to reconcile Individuals, states, and national issues. Do not be distracted by the ambition of individual members but keep the party as formidable as possible.

“Concentrate on your duties and not more of who shall be the president, vice president, senate president etc. Do not side any individual with self ambition and try to reduce the state of godfatherism.

“Please respect the dignity of the individual and dynamism of a group.”

Jibrin congratulated the new NWC members and all the governors elected under the PDP for what he said was their tremendous contributions to the success of the recent national convention of the party.

He observed that all organs of the party have accepted the outcome of the convention, urging every member to work with the new leadership to function effectively.

In his response, Dr Ayu remarked that he has no personal interest and will not tolerate factions in the PDP.

The party boss also promised that no group will be ignored in the party especially the BoT so that the party will not work at cross purposes.

Ayu warned that even though there must be intrigues in the party, personal interest must not override party interest.

He said the loss of elections by the PDP in the past was caused by members of the party.

The party boss stated: “There was a time when the BoT was largely ignored, I think that was wrong. We must return the party to the corporate processes of initiating policies at the National Working Committee. The various critical organs of the party must be taken along. One of those critical organs is the BoT.

“The moment you begin to take decisions that isolate these organs, it means the party will be working at cross purposes with each other. It is very important to me and my colleagues in the National Working Committee that we constantly regularly consult with all members of the BoT.

“If we do that, the party will move smoothly. And if the party moves smoothly, it means we’ll be stronger, then if we are stronger, it means we will win more elections because the objective of a political party is to win elections, not just to create unnecessary intrigues within the party.

“Intrigues, yes, but there must not be something about personal interest. Most of the intrigues arise because of personal interests. It is only when we put the interests of the party as paramount that we’ll be able to take this party to victory.

“I personally have no any personal interest. I will not be part of factions in any state. Now we’re not encouraging factions.

“Most of the elections we have lost in PDP is because PDP defeated PDP. That should never be encouraged. And part of the problem is because the leadership of the party sometimes take sides with certain factions.

“During my leadership of the party, I will try to be free, fair, and make the interest of the party to be paramount, it should not override a broader interest. I believe that if we go along this route, we will be able to recapture the lost glory of the PDP.”

How to end banditry in North-West –Governors