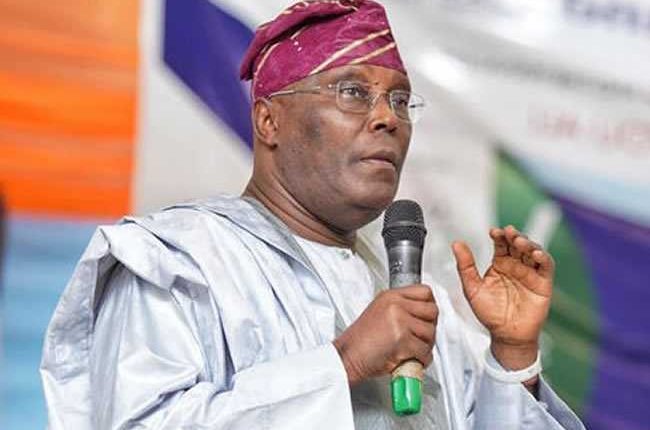 By Adekunle Adesuji
Peoples Democratic Party (PDP) House of Representatives Aspirants’ Forum for Atiku has pledged 20 million votes for the former Vice President, Atiku Abubakar ahead of the 2023 presidential election.
The group, comprising over 1000 House of Representatives aspirants, participated in just concluded party’s primaries across the country.

The group, in a statement signed by its National Chairman, Mohammed Danjuma (Garkwa Baba), said that the membership of the group cut across 36 states of the Federation and FCT.
The Chairman of the group while presenting the schedule of their activities to ensure that Alhaji Atiku Abubakar emerges victorious in the 2023 presidential election, said that the members of the group are convinced that the victory of the presidential candidate of PDP is the victory for Nigerians and Nigeria.
” The  2023 PDP Reps Aspirants’ Forum For Atiku is a forum of like-minded aspirants cutting across 36 states of the Federation and FCT that actively participated in just concluded Peoples Democratic Party (PDP) primary election for the position of House of Representatives.
” We over 1000 members have decided to form a formidable team as enshrined in the 1999 Constitution of the Federal Republic of Nigeria to queue behind our party and its presidential candidate, His Excellency, Atiku Abubakar, to galvanize a strong support base movement to unify the entire nation for a presidential candidate.
” We are fully convinced that the victory of our great party and its presidential candidate is the victory for Nigerians and Nigeria.

“We are also confident that such victory is the only way to salvage the country from shackles of misrule by the current administration and to safeguard our economy from the hand of APC and its cronies,” the statement reads in parts.”
Continue Reading
2023: PDP Reps aspirants' forum pledges 20 million votes for Atiku
262
Share FacebookTwitterWhatsAppPinterestEmailFacebook MessengerLinkedinTelegram