2023 elections ‘ll be the freest, credible and peaceful –NSA. 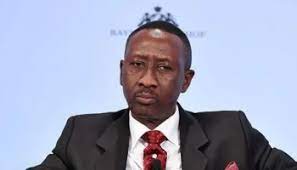 .’Heads of security agencies should synergize on poll security mgt.

.As IGP assembles 8 retired IGPs, other experts for training of Police personnel.

The National Security Adviser to the President of Nigeria Muhammadu Buhari Major-General Babagana Monguno (Rtd) has said that the 2023 general elections in Nigeria ‘ll be the most free, credible and peaceful polls in the annals of the nation’s political history.

He said that the conduct of the national elections in Nigeria rests squarely with the Police Force being the lead internal security agency in election management the world over.

The NSA further said that the 2023 general elections in Nigeria is going to be the most free, credible and  peaceful election in the nation’s political history.

He stated d that the President’s assent to the Electoral (Amendment) Act 2022 on February 25, 2022 is to demonstrate the commitment of the Nigerian leader to a free, fair and credible polls.

The NSA further stated that the Act had given the Independent National Electoral Commission INEC the financial autonomy to conduct credible polls as was witnessed in the Ekiti and Osun governoship elections recently.

He said:”The President is committed to delivering an election that is free, fair and credible. It will be devoid of any form of wuru wuru as used in the Nigerian palance”.

The retired Army officer however appealed to the headed of all the security agencies in the country to collaborate and work in synergy towards providing adequate security to the electoral process.

Similarly, the Minister of Police Affairs Alhaji Muhammed Dingyadi also said that the nation is working towards having a free fair and credible election in 2023.

He  also appealed to all the nation’s security agents to conduct themselves properly so that the nation’s dream to have a credible election can urgur well.

Meanwhile the Inspector-General of Police IGP has said that election security management is critical to the conduct of elections in Nigeria and the world over.

He noted that over the years, there had been concerns over the ability of the Nigeria Police to manage the  nation’s elections and the electoral process.

He added that there is need to close the knowledge gap for election security personnel deployed for elections adding that these officers are expected to transfer acquired knowledge to others.

Arase in a brief remark at the end of the opening ceremony said that the Police hierarchy had engaged the services of sixty-two experts in security matters to address the issue of election security.

He added that a Police personnel that is not knowledgeable is prone to all kinds of tendencies.