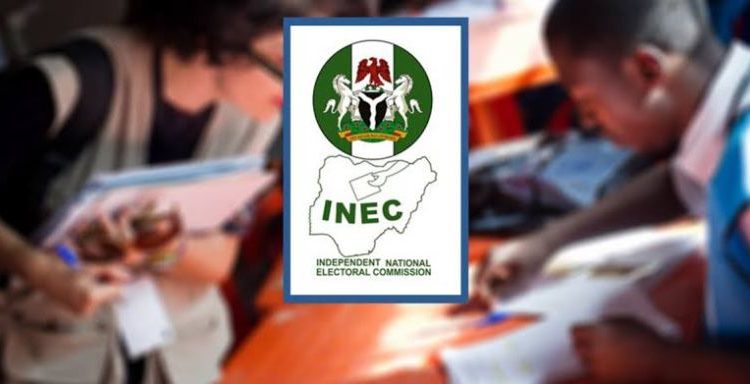 The recent revelation by  Independent National Electoral Commission (INEC) that students and by extension, the youth population account for over 40 percent of the 9,518,188 newly registered voters is not only a refreshingly welcome development but indeed a pointer to the  fact that Nigerian youth may after all be the determining factor in deciding who wins the February 25, 2023 presidential election.

All things been equal, the Nigerian youth appears very close now more than ever before to effecting a change in the cliché long held by the old generation politicians who always say that youths are the leaders of tomorrow. There is now empirical evidence to confirm that truly, the youth population has the potential of redefining their tomorrow to even today only if they can muster the will power desired to avoid the deceit of political fox who claim the mastery of political gimmicks.

There is no gain saying that the youths who hitherto were nonchalant towards election matters in Nigeria due mainly to the age long held assumption that outcome of elections are always predetermined ahead of the actual voting exercise appear to have been embolden by the monumental achievements which they recorded during the #EndSARS protest when they were able to influence major policy shifts in the administration of President Muhammadu Buhari.

Clearly, the 2023 general election holds the opportunity for the youths not only to participate effectively in deciding the future of the country but also presents a rare opportunity for them to own up the change which they have long desired in the nation’s political landscape where a 60- year- old man usually presents himself as youth leader all in an effort to downgrade and indeed diminish the orientation, the capacity and the capabilities of the youth population.

We are therefore, delighted in the revelations by INEC that in terms of demographic distribution of the 9,518,188 newly registered voters, 7.2 million or 76.5% are young people between 18-34 years, while there is a slightly higher number of female (4.8 million or 50.82%) than male (4.6 million or 49.18%) voters. In terms of occupation, 3.8 million representing 40.8% are said to be students. This goes to confirm INEC’s earlier position when it said in September  last year that  there was a surge in youth turnout for the Continuous Voter Registration (CVR) exercise, leading to over two million new voters in one month.

Part of the impact of the youth population’s desire to participate in election processes is that 9,518,188 new voters have been added to the existing register of 84,004,084 voters leading to the “preliminary” register of voters in Nigeria  standing at 93,522,272. It is preliminary because section 19(1) and (2) of the Electoral Act 2022 requires INEC to display the hard copies of the register of voters for each registration area (ward) and local government area (and simultaneously publish the entire register on the commission’s website) for a period of two weeks for scrutiny, claims and objections by citizens not later than 90 days to a general election, an exercise which is currently ongoing.

Consequently, we share the opinion of Youth Initiatives for Advocacy, Growth and Advancement (YIAGA) Africa in accepting that Nigeria is in a stage where the 2023 elections will be decided by the young people. The 2023 elections are about the young population because demographically they actually have the population. What is more, this emerging youth vanguard will be here for the next 20 to 30 years. So the choices that they make today will determine their future just as political and economic analysts have argued that Nigeria should be far from talking about potentialities in both economy and politics but to move towards actualities and realism which the youth brand portends.

“Against the backdrop of the fact that less than 30% of registered youth population turn up at polling units to actually cast their votes (in 2019, only 28% of young people who are registered voted at the presidential elections and 29% of them at the governorship election), we are advocating for a strong push by the various civil society organizations, CSOs, student bodies, youth organizations including religious bodies to intensify campaign for the participation of youths in this year’s elections.

The youths should not only troop out to vote but should learn how to monitor the outcome of their voting exercises while not allowing themselves to be recruited into clandestine army of destructive forces as is currently been organized by some unscrupulous politicians. Nigeria should be willing to learn lessons from such countries like Kenya and Zambia where the will of the citizens prevailed in elections where youths and women population majorly decided their outcomes leading to opposition parties emerging victorious”.

For instance in  Zambia, the opposition leader HakaindeHichilema, 59, secured a stunning landslide victory over incumbent Edgar Lungu who was 64 years old. That election marked the third time in Zambia that power shifted peacefully from a ruling party to the opposition since the Southern African country’s independence from Britain in 1964.

As it is the case with Nigeria’s economy, Zambia which is Africa’s second biggest copper miner is facing harsh economic environment where International Monetary Fund’s support is on hold as its debt restructuring plan seen as an early test for a new global plan aimed at easing the burden of poor countries hence the people’s desire to elect a leader who will be capable and sincere enough to lead the Zambia  out of the woods. Hichilema, a former CEO at an accounting firm before entering politics, now faces the task of trying to revive Zambia’s fortunes. The economy has been buoyed only slightly by more favourable copper prices – now hovering around decade highs, driven partly by the boom in electric cars.

In Kenya, a country fond of political metaphors, the current president, Mr. William Ruto’s stunning victory is akin to his party’s modest symbol, the wheelbarrow, running a seven-tone tractor off the road. Mr. RailaOdinga had the backing of the state machinery but Ruto whose political structure was mainly of the youth and women population eventually triumphed.

As the then Deputy President for 10 years, Ruto  was, by default, an establishment candidate but he ran the election as an outsider, framing the election as between “hustlers” – poor Kenyans – and “dynasties” – influential families like the Kenyattas and Odingas who have been big players in the country’s politics since independence. The youth and women believed and accepted Ruto’s campaign slogan: “I may be the son of a nobody but I promise to make Kenya the country of everybody,” andthey voted him in as president.

We are of the strong opinion that Nigeria’s political landscape has indeed changed in the past three to four years. This change has been perpetuated by the combined forces of technological determinism brought about by the deepening of the internet and its effects on online participation in political activities; the harsh economic conditions of the country that impacts negatively in a significant way on the youths, the higher civic enlightenment, and a massive appetite for genuine change in the country.

These factors are unleashing a great revolutionary spirit among the youths and opening them up to becoming interested in the political process. This interest in deciding how and who shapes the future of the country should definitely constitute the driving force in the minds of the youth population in wanting to take their future in their own hands.

Gamblers have always maintained that one wins only if he plays. The current reforms going on among various security organizations in the country with particular emphasis on the Police where the citizens are beginning to receive some measure of respect and dignity came about as a result of the pushback mounted by the youths as symbolized in the #EndSARS protest of October 2020. So the 2023 general election presents yet again another opportunity for the youth population and the women to be heard louder and clearer.

Posers as we edge towards January 31 deadline for old naira…